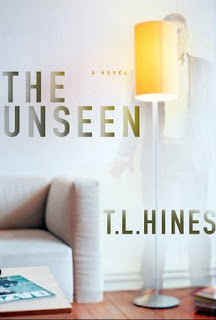 "In 2008, my third novel, entitled The Unseen, will hit shelves. I finished the first draft of the book in November 2007, and will have a second draft at the publisher in early January.

The Unseen is the story of a young man named Lucas, who has a strange proclivity: he hides in the private spaces of public buildings (elevator shafts, ceilings, utility chases, and so on), spying on the people who work inside. Soon, he stumbles into an underground society of people who do the same thing in private homes--a group calling itself the Creep Club--and he finds himself trapped in the midst of double crosses and covert operations."

The Unseen is to be released by Thomas Nelson in July 2008.
Posted by TitleTrakk.com at 11:10 AM