What's Next for Ted Dekker 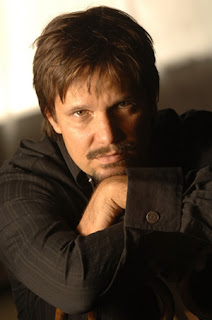 With over 3.6 million novels sold to date, Thomas Nelson’s New York Times Best-selling Author, Ted Dekker is grabbing the attention of middle and high school aged students, with the Lost Book Series’ graphic and young adult novels. In completion of the series, Dekker is releasing the final two tales of what is called the CIRCLE trilogy: Lunatic and Elyon on June 2 with the graphic novels Chaos and Renegade following on June 9.

The first four volumes in the Lost Book Series, Chosen, Infidel, Renegade and Chaos have all made the CBA Best-Seller list since their release in 2008, selling more than half a million copies nationwide. Co-written by Kaci Hill, Lunatic and Elyon conclude the epic saga tales. The story line plays into the love of alternate realities with continuing suspense appealing to the same audience as those of 24, Heroes and Lost.

Wanting to reach a younger audience with the same message, Dekker created the same series illustrated through graphic novels and have sold over 50,000 copies. Combining the action from The Matrix and Indiana Jones for teens, the comics illustrate various aspects of growing up and responsibility in the context of a daring adventure.

With a completely redesigned site launched on March 20, Dekker’s official www.teddekker.com is making it easier for fans to connect with each other and the best-selling author. The site welcomes over 70,000 unique visitors everyday. An exclusive social network is available to all, which combines the features of myspace, facebook and youtube and paves the way for fans to know everything in the world of Ted Dekker.

Read our latest interview with Ted.
Posted by TitleTrakk.com at 9:40 AM

Just wondering: what is your source for the sales figures mentioned here? Because I've found other sources that contradict these numbers outright.
Thanks, Cson.