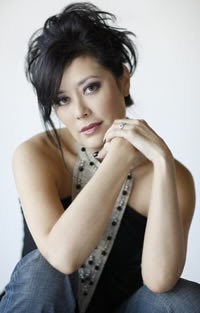 Is it possible to write a story that eclipses the scope and impact of The Circle Series? Ted thinks so and he said as much at the Chicago Gathering on Saturday. In fact, he dropped a bombshell to the collective gasp of the 300 people in the room. Not only does he think it's possible, but it's already being written for a Summer 2011 release from Hachette Book Group.

It's entitled Forbidden and it's unlike any Dekker story you've read to date.

For those who weren't there to see the video trailer on Saturday, here is the synopsis:

Four hundred eighty years have passed since civilization's brush with extinction. Perfect order reigns. Humanity's greatest threats have all been silenced. There is no disease, no malice, no hate, no war. There is only peace.

Until the day when one man discovers the truth: Every single soul walking the earth is actually dead. The human heart has been stripped of all that makes it human. Now only he is alive and only he has the knowledge that can once again awaken humanity.

But the way is treacherous and the cost is staggering. For, indeed, in that day life itself is...Forbidden.

But this is going to be different, Ted explained. To pull this story off right would require a unique blend of Dekker style thrills and grit told with masterful prose like he's never delivered before. It would mean going beyond himself in a completely new way. It would mean collaborating with someone as unique and edgy as he is to create something better than he could on his own.

So the search began to find that one writer to elevate this story and make it larger than life. We thought it was an order too big to fill and we almost gave up. Then we found her.

Those at the Gathering met her already, but now we'd like to introduce you because you're going to hear a lot more about the extremely talented Tosca Lee very soon. Trust us.

For those who are unacquainted with her, Tosca is the acclaimed novelist of the groundbreaking (and controversial) books Demon and Havah. She's also working on a novel about Judas...told in first person. If you met her you might think she is the long lost female side of Ted. And you might be right.

She's grit and beauty in one package and has a way of finessing the English language in a way that's best described as lyrical.

Forbidden is the first in the series that will likely become a trilogy. The collaboration process is unlike anything he's done before. It had to be. Ted said that it had to be seamless and feel 100% Dekker or the world would never see it. As a collaborative title, it will be completely different than House, Kiss, or Burn.

More details will be released soon about this exciting venture and you'll be the first to hear about it right here. We haven't seen Ted this consumed with a story since the Circle. And if that's any indication of what's to come we should all get ready for the ride ahead.
Posted by C.J. Darlington at 7:48 AM

Anything like the Circle Series has got to be good! Ted's best by far.