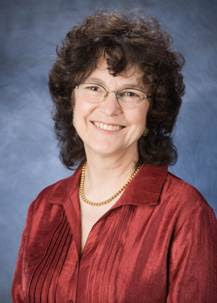 "We are thrilled to be Kathy Tyers's publisher," said Jeff. "Kathy's impact on Christian publishing is nearly unrivaled. We feel extremely blessed that she has agreed to join our award-winning stable of authors."

As publisher and acquisitions editor, Gerke long pursued Tyers, trying to sign her for Marcher Lord Press. But in the end it was the Marcher Lord Press authors and books, not Gerke's efforts, that swayed Tyers's heart.

"I read several excellent novels that were recently released by Marcher Lord Press," she said, "and I decided this was the best place to finish the Firebirdseries. I'm delighted to be part of a great and growing team."

Kathy is also known for her Star Wars novels, most notably The Truce at Bakura. The popularity of her treatment of the Star Wars storyline led to her contributing to several Star Wars short story collections including Tales from the Mos Eisley Cantina, Tales from Jabba's Palace, Tales of the Bounty Hunters, and Tales from The Empire.

And she's not done, folks. Jeff is planning to release a deluxe, author's preferred version of the Firebird trilogy in one volume -- plus two additional Firebird novels that have been selected but will be announced at a future date!
Posted by TitleTrakk.com at 8:25 AM

This is so exciting! I love Kathy Tyers and her Firebird Trilogy showed me that not all Christian fiction has to be the same. :)

Isn't it? I'm stoked! I absolutely LOVED the Firebird trilogy. It was awesome how it shared so much spiritual truth and yet was a really compelling story too. So rich.

SCREAM!! Kathy revolutionized my thinking about fiction and writing speculative fiction!!! Oh this is so awesome!!

Wow! I can't wait to read the new Firebird books! Those have always stood out as really impressive books to me - I really liked the way she portrayed marriage! :-)

This is AMAZING news! Kathy's book are among my all-time favorites!!

Wow - that is fantastic news! She told me a year ago she was shopping a new SF book around and I'm stoked that we'll finally get to see it.