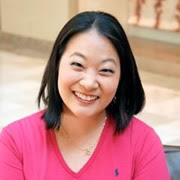 My agent called me today with the great news! Zondervan has contracted me for another three books!

The first book is slated to release May 2010 and is tentatively titled The Year of the Dog (they’ll probably change it). It’s a women’s contemporary novel. Here’s the back cover blurb from my proposal:

Tessa Ota, a professional dog trainer, is having a bad year.

While moving ahead with renovation plans for her new dog kenneling and training facility, Tessa needs to move in with her disapproving mother and her antagonist sister. She convinces her ex-boyfriend to take her dog for a few months … but discovers that his brother is the irate engineer whose car she rammed a few weeks earlier.

Charles Bretton has enough problems. His mama has just shown up on his doorstep all the way from Louisiana, and his brother has to move in with him after being kicked out of his apartment—with a dog in tow. And guess who the dog’s owner is?

His brother’s slovenliness, Mama’s diabetic bouts with low blood sugar, and the dog’s bad behavior are all distracting Charles from his wedding plans with a woman whose family connections will help Charles in his career. But he can’t help being attracted to the dog trainer whose sunny smile masks her bitterness at hypocritical Christians, and he starts to wonder about his own professed faith.

Will Tessa’s disjointed family and Charles’s disruptive home prevent both of them from discovering what’s really important?
Posted by TitleTrakk.com at 5:32 PM

Thanks for the linky luv!
Camy

I'd better get copies:-)