Marcher Lord Press, the premier Christian publisher of speculative fiction is readying for the release of its second set of novels this April.

Says Jeff Gerke about the novels:

"Like the first novels, these three books represent the very best in Christian speculative fiction. Each has been hand-picked, lovingly edited, and beautifully presented by a team of artists, editors, and technical specialists. The first time around we had two previously published novelists in the lineup and one newbie. This time it's all newbies! At Marcher Lord Press we love finding new and incredible voices like these to bring to readers as appreciative as you. You're going to love these novels by these fresh voices."

The next batch of novels will be: 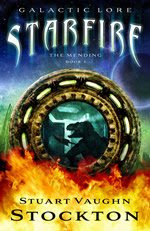 Starfire is a non-Earth, non-human science fiction about Rathe, a member of a race of talking, machine-using dinosaur people. (No, really.)

Rathe is trying to make his mark in his military unit while concealing the secret of his quick advancement through the ranks.

The empire he serves is at war with an enemy that is on the brink of discovering the secret of a lost civilization—a civilization whose Starfire weapons system will assure victory to whichever side seizes it first.

A mysterious follower of an all but forgotten God warns Rathe not to use the weapon as he has planned to.

Starfire is one of those books we created Marcher Lord Press to publish. Because of Stuart’s genre and subject matter, the book is all but unpublishable at traditional Christian houses. There's not a humanoid in the bunch, after all.

But it’s terrific and needs to be published. If the regular houses can’t publish books like this, we thought, let’s create a house that can. Oh, wait, that’s what we’ve done! :D 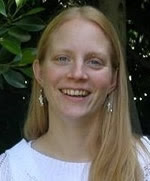 By Darkness Hid by Jill Williamson

Achan is a stray, mere property ranked lower even than a slave. His entire life he has lived as the abused ward of Poril, who is cook to Lord Narthak. Every morning Poril forces Achan to drink a foul elixer. It is supposedly for his health, but it's never prevented any illness that Achan can see.

Sometimes Achan has feelings about things before they happen. Sometimes he senses when someone will ill intent are on their way to abuse him.

One day, Achan has a new feeling. Someone is approaching who wishes him only well. It turns out to be Sir Gavin, famed hero of the Old Kingsguard. For some reason, Gavin takes an interest in Achan and even offers to train him in the ways of knighthood.

Meanwhile, on the other side of the continent, a teenage girl dons mens' clothing to conceal her identity. Her mother is under pressure to marry her daughter, Averella (now going as Vrell), to an evil lord. Vrell uses the mental communication ability she and her mother share to vanish into the world of men.

Forces of darkness have become aware of both Vrell and Achan and are seeking to seize their powers. Because while one knows her gift and hides it, the other's true gift, and identiy, is known only to a few who seek to use it to overthrow the world. 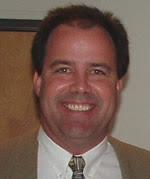 The Dark Man by Marc Schooley

The Dark Man was the first novel acquired for the second release list of Marcher Lord Press. The story was so bizarre, so beautiful, and so well written that we said, "We have to publish this."

Charles Graves is a master of disguise working with the secret police to bring down the last remnants of 21st century Christianity.

Possessed of remarkable powers of disguise--and haunted by a mysterious talking wooden puzzle--Charles is the government's most potent weapon against these undesireables.

Charles effortlessly becomes other people, slipping into character like others step through a doorway. But what remains of Charles's own character is being pulled under by his accursed past. When he is not working a job, he is lost to alcohol and despair.

And then comes one more assignment. Take down the ringleader of the Christian cult holding forth from some secret quarter of militarized Houston.

He doesn't know it, but God has plans for Charles. Along the way he'll discover the truth about his past, the extent of his depravity, and the strength to look inside.

Perhaps through love and firepower and a change of leadership, Charles can cease to be a man of darkness.

Read excerpt of The Dark Man here.
Read interview with Marc here.
Posted by TitleTrakk.com at 7:06 AM