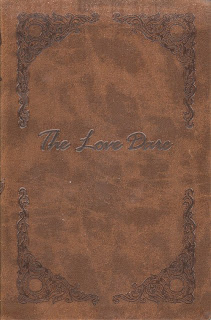 The Love Dare—the book that began as a plot device in the number-one 2008 indie theatrical film Fireproof, sold more than 2 million copies and, after 32 weeks remains atop the New York Times bestseller list—received the Platinum Award (more than 1 million sold) from the Evangelical Christian Publishers Association (EPCA) at its Executive Leadership Summit in late April 2009.

Printed and distributed by B&H Publishing, The Love Dare sells in both paperback and leather-like (much as it appears in the movie Fireproof) “Legacy” editions—and in English and Spanish versions. Churches, groups, and individuals nationwide buy the books in bulk and now order accompanying workbooks.

Since Rick Warren’s release of The Purpose Driven Life, no Christian “advice” book has captured wide public interest like this small series of 40 daily challenges to learn and practice unconditional love for one’s spouse.

“We knew Fireproof would spur book sales but no one could have anticipated all this,” said B&H Marketing Vice President John Thompson. “The EPCA award underscores that the book and movie have long graduated from ‘products’ to a marriage movement. Lives are changing—and that’s why we’re all here.”

The Love Dare was written by Stephen and Alex Kendrick, the brother team that also co-wrote (and produced and directed) Fireproof. A Provident Films production, Fireproof was 2008’s number one independent film at the box office—produced for $500,000 and grossing $33 million. In the movie, after he and his wife have agreed to divorce, firefighter Caleb Holt’s father gives him a handwritten book, a 40-day challenge to love his wife. Audiences left the popular movie asking, “How can I get that book?”

Read our review of the Love Dare.
Read our interview with Stephen Kendrick.
Posted by TitleTrakk.com at 7:31 AM