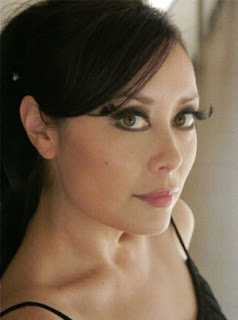 Nashville, Tenn., July 8, 2009 - Award-winning author Tosca Lee will release her highly-anticipated third novel in 2011 under the B&H Fiction Pure Enjoyment line. Written from the point of view of the most reviled man in Christendom--Judas--Tosca will again give readers a powerful and enlightening glimpse into the spiritual realm.

"We are thrilled to have Tosca writing for us," said Karen Ball, executive editor for fiction at B&H Publishing Group. "She's a true craftsman. Combine that with her remarkable ability to see inside those we most despise--a demon, Eve, and now Judas--and you get powerful stories of truth and grace that intrigue and challenge readers."

Her two previous books, Demon: A Memoir and Havah: The Story of Eve, created quite a stir in Christian fiction. Demon: A Memoir was a 2008 Christy Award Finalist, 2008 ForeWord Magazine Book of the Year Silver Award Winner and 2008 ACFW Book of the Year, Speculative, Second Place. It earned rave reviews across the faith spectrum, including the distinction of, "The most creative, mind-twisting novel of this summer," from Infuzemag.com.

Havah, her sophomore novel, let readers inside the heart and mind of the world's first woman from her creation to Adam's death. Havah is a 2009 ForeWord Magazine Book of the Year Bronze Award Winner and ChristianFictionReviews.com Top Pick for 2008. In a starred review, Publishers Weekly called it, "Passionate and riveting... Lee's superior storytelling will have readers weeping for all that Havah forfeited by a single damning choice." Historical Novels Review called it, "...a fascinating novel about human relationships at the dawn of time."
Lee-- Mrs. Nebraska-America 1996, Mrs. Nebraska-United States 1998 and first runner-up to Mrs. United States--has a deep passion for story. "I was a serious pianist from a young age, and used to practice an hour and a half every day. But when I was in the midst of a great book, I'd sneak it into the piano room and read a page between playing each piece-or as much as I could until my mom said, 'I'm not hearing any music!'"

Lee started writing after obtaining her degree in English and Literature from Smith College in Massachusetts. For more information regarding Tosca Lee, please visit www.toscalee.com. For more on upcoming titles in the B&H Fiction Pure Enjoyment line, log-on to www.pureenjoyment.com. Tosca's current titles are available at booksellers everywhere and on-line.

Read our interview with Tosca Lee.
Posted by TitleTrakk.com at 8:24 AM