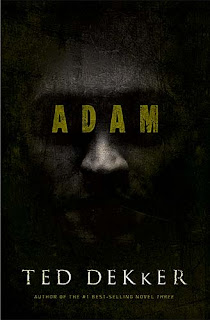 The wait will soon be over, Ted Dekker fans. His next full-length adult novel will be released in 2008. Titled Adam, it sounds like an intriguing one.

FBI behavioral psychologist Daniel Clark has been made famous by his arguments that religion is one of society's greatest antagonists. What Daniel doesn't know is that his obsessive pursuit of a serial killer known only as "Eve" will end in his own death at Eve's hand. Twenty minutes later Daniel is resuscitated, only to be haunted by those twenty missing minutes of life.

It soon becomes painfully clear that the only way to stop Eve is to recover those missing minutes by dying . . . again. What isn't nearly as clear is just how many times he will have to die to discover the truth, not only about Eve, but about himself. Daniel will have to face haunting realities about demon possession in the modern world-and reevaluate his prejudice against religion-to stop Eve.

And for those of you who have been sleeping a little too well lately, maybe you have grown a little too comfortable in your own home, the release of Adam will once again remind you that sleep is overrated. This thriller will make you second guess having any closed doors in your own home.

Read our review of Adam here!