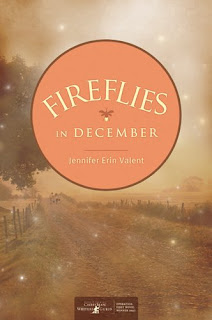 “The summer I turned thirteen, I thought I killed a man.”

So begins the story of Jessilyn Lassiter, a young girl whose world is torn apart the summer of 1932. When Jessilyn’s best friend, Gemma, loses her parents in a tragic fire, Jessilyn’s father vows to care for her as his own, despite the fact that Gemma is black and prejudice is prevalent in their southern Virginia town.

It doesn’t take long for the Lassiters to attract the attention of a local band of Ku Klux Klan members, who make increasingly violent threats on Jessilyn and her family.

As she struggles to navigate a complex world of first crushes, loyalties, and betrayals, Jessilyn ultimately discovers what it takes to be a bright light in a dark world.
Posted by TitleTrakk.com at 9:31 AM

You DO realize that it is exquisite torture for me to hang around here and read all these previews....DON'T YOU??? LOL!!