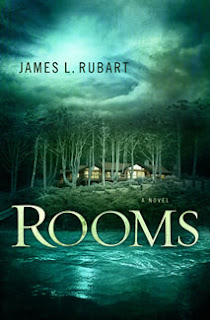 Some great stuff coming from B&H next spring!

On a rainy spring day in Seattle, young software tycoon Micah Taylor receives a cryptic, twenty-five-year-old letter from a great uncle he never knew. It claims a home awaits him on the Oregon coast that will turn his world inside out. Suspecting a prank, Micah arrives at Cannon Beach to discover a stunning brand new nine-thousand square foot house. And after meeting Sarah Sabin at a nearby ice cream shop, he has two reasons to visit the beach every weekend.

When bizarre things start happening in the rooms of the home, Micah suspects they have some connection to his enigmatic new friend, Rick, the town mechanic. But Rick will only say the house is spiritual. This unnerves Micah because his faith slipped away like the tide years ago, and he wants to keep it that way. But as he slowly discovers, the home isn’t just spiritual, it’s a physical manifestation of his soul, which God uses to heal Micah’s darkest wounds and lead him into an astonishing new destiny. 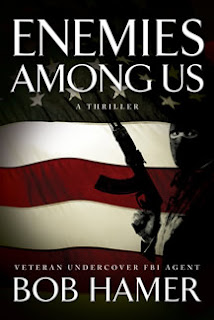 Enemies Among Us
by Bob Hamer

Matt Hogan loves being an undercover FBI agent almost as much as he loves his wife, Caitlin. But when the daring—some would say reckless—G-Man totals two vehicles in his Beverly Hills pursuit of a fleeing Arab drug runner, he incurs the wrath of the Bureau’s hierarchy. To avoid almost-certain suspension, he accepts a new assignment to track terrorist cell groups while posing as a volunteer at World Angel Clinic, a Christian ministry reaching out to injured Third World children. What Matt doesn’t know is that the ripples of danger from this case will threaten not only his and Caitlin’s life and happiness, but also the safety and security of the entire nation. 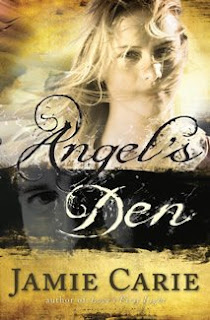 In 1808, when Emma meets and marries Eric Montclaire (the famed “most handsome man west of the Appalachians”), this young daughter of prominent St. Louis citizens believes a fairy tale has just begun. Instead, her husband’s angelic looks quickly prove only to mask a monstrous soul all too capable of possessive emotions and physical abuse. Praying for mercy, she is devastated when Eric insists on her joining his yearlong group expedition to the Pacific Ocean, following the trail Lewis and Clark blazed just a few years earlier. By the time cartographer Luke Bowen realizes Emma’s plight, it’s too late to easily untangle what has become an epic web of lies, theft, murder, courtroom drama, and a deep longing for love. Only God can show them the way out. 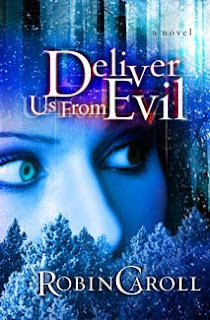 Deliver us From Evil
by Robin Carroll

A beautiful yet tough woman working in a beautiful yet tough setting, Brannon Callahan is a search and rescue helicopter pilot for the Great Smoky Mountains National Park. Strong faith and a decorated history of service have kept her one step ahead of on-the-job dangers, but there’s no precedent for what’s about to happen. After a blizzard takes down a small plane carrying U.S. Marshal Roark Holland (already haunted by a recent tragedy), Brannon must save him in more ways than one and safeguard the donor heart he’s transporting to a government witness on the edge of death. Otherwise the largest child trafficking ring in history—with shocking links from Thailand to Tennessee—will slip further away into darkness along the Appalachian Trail.
Posted by TitleTrakk.com at 10:37 AM

Great...now I'm drooling on my keyboard:-)

I'm still waiting for BH Publishing to release another Rick Dewhurst book. "Bye Bye Bertie" was the funniest book I've ever read and I'd like more from Rick's twisted mind. I've written to the company a few times but never received an answer. Does anyone know what's up?