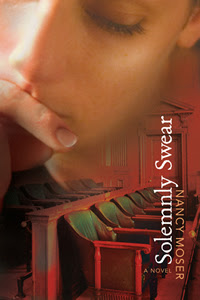 Patti McCoy, a kitchen worker at a local resort, is accused of killing her boyfriend, Brett Lerner, the restaurant’s maitre d’. But was she simply in the wrong place at the wrong time? It’s up to the jury to decide. Each member comes from a different background, but one in particular has a lot at stake by being on this jury. Her husband was actually the last person to see the victim alive. The circumstantial evidence against Patti, however, is piling up, and the jury--although torn--has no alternatives. Will the real murderer be discovered before it’s too late?

Patti McCoy is on trial for killing her boyfriend, Brett Lerner, a maître d’ at the restaurant where Patti worked. But was she simply in the wrong place at the wrong time?

It’s up to the members of the jury to decide. Among the twelve, there’s Ken, a has-been golf pro; Abigail, a once-famous actress way past her prime; Bobby, a financially struggling family man; and Deidre, the socialite wife of a prominent doctor. All have prejudices that taint how they view justice. What they don’t know is that more than one life hangs on their decision. . . .

During the trial, Patti McCoy isn’t the only one who has to deal with innocence and guilt.

Nancy Moser has this to say on her website:

It's an odd occurrence when characters don't behave themselves. In the writing of this book some characters behaved nicely, and others had the audacity to try to hide themselves-from me of all people! Little did they know how tenacious and stubborn I am, and that I would prevail. I did prevail, but it was often exhausting.
Posted by TitleTrakk.com at 5:47 AM

This blog is pure, divine torture...I want these books NOW...patience is a virtue, but I seem to have none when it comes to books:-0

Aw, Deena, sorry! :) Glad you're enjoying the blog. Anything you'd like to see done differently?