Read the 1st Chapter of Scream by Mike Dellosso 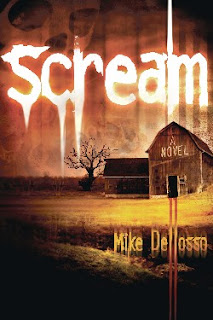 Coming March 3, 2009 is Mike Dellosso's next thriller, Scream. But you don't have to wait until then to read a sneak peak! Mike has the first chapter up at his website, and we encourage you to check it out here.

While talking to his friend on the phone, Mark Stone is startled by a cacophony of otherworldly screams. Seconds later, a tragic accident claims his friend’s life. When this happens several more times—screams followed by an untimely death—he is compelled to act.

Battling his failure as a husband and struggling with his own damaged faith, Mark embarks on a mission to find the meaning behind the screams and hopefully stop death from calling on its next victim. When his estranged wife is kidnapped and he again hears the screams as she calls from her cell phone, his search becomes much more personal and much more urgent.
Posted by TitleTrakk.com at 8:50 AM