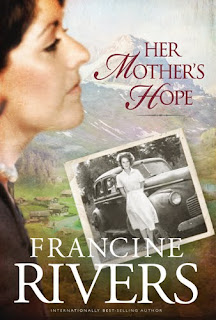 Anticipation is rising for the release of Francine Rivers’s Her Mother’s Hope, the first full-length novel the internationally best-selling author has written since 2003. Tyndale House Publishers will introduce the book with a national marketing campaign surrounding a March 16, 2010, “street date” launch.

Her Mother’s Hope is the first of two historical novels in the Marta’s Legacy series, a saga inspired by strong women from Francine Rivers’s own family ancestry. The oft-unspoken, sacrificial love of a mother for her daughter is a crucial component to this story of four generations of women. Francine Rivers drew her inspiration from the biblical Parable of the Sower and the Seed for this series, while exploring how feeling loved and actually being loved can be perceived very differently. Breaking hurtful generational cycles is a foundational theme in the series.

Near the turn of the twentieth century, fiery Marta Schneider leaves Switzerland and a difficult childhood behind, determined to find life on her own terms. She’s driven by her father’s belief that she’ll never amount to anything more than a servant and her mother’s encouragement to chase her dreams. But nothing has prepared her for the journey ahead and the sacrifices she must make as she travels through Europe and Canada, and finally to the dusty Central Valley of California to raise her family.

Marta’s hope is to give her children a better life, but experience has taught her that only the strong survive. Her tough love is often mistaken for disdain, especially by her oldest daughter, Hildemara Rose, who craves 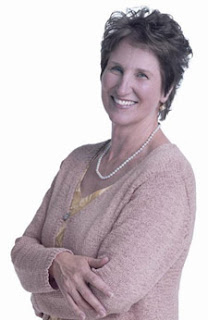 her mother’s acceptance. As Hildie pursues her calling as a nurse, she falls in love and starts a family of her own amidst the turmoil of World War II. But when tragedy threatens the independence she’s worked so hard to build, both mother and daughter must face their own shortcomings and the ever-widening chasm that threatens to separate them forever.

With her hallmark touches of brilliant prose and gripping characterizations, Francine Rivers pens a rich, moving epic about faith and dreams, heartache and disappointment, and ultimately the resilience and tenacity of love.

“Francine Rivers has meticulously crafted a compelling story with an important message for every generation of women,” said Babette Rea, Marketing Manager, Tyndale House. “Tyndale House is privileged to publish Her Mother’s Hope, the first book in an inspiring and significant series about reconciliation and the restoration of life’s most important relationships.”

Francine Rivers has published several best-selling novellas and novels, including the Lineage of Grace series, The Mark of the Lion trilogy, and Redeeming Love. She has continued to win both industry acclaim and reader loyalty around the globe. Her books have been translated into more than 20 different languages. Her novels have been awarded or nominated for numerous honors, including the RITA Award, the Christy Award, the ECPA Gold Medallion, and the Holt Medallion in Honor of Outstanding Literary Talent. In 1997, after winning her third RITA Award for inspirational fiction, Francine was inducted into the Romance Writers of America’s Hall of Fame. She and her husband, Rick, live in northern California.
Posted by TitleTrakk.com at 8:13 AM

Thanks for pointing this out! We fixed it. :)