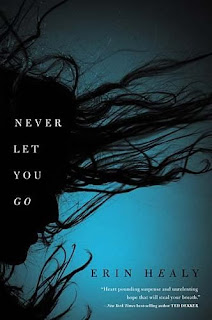 Lexi lives in the shadow of choices her husband made. Especially Grant’s choice to leave seven years ago, without a word. Her relationship with their daughter Molly is the most important thing in her world now.

When Grant shows up out of the blue declaring his intent to re-enter their daughter’s life, Lexi hardly knows what to do. And on the same day, a drug dealer named Warden arrives on Lexi’s doorstep, demanding she repay Grant’s longstanding debts.

Staggering and supernatural events coincide with the arrival of these two men, and Lexi begins to feel she’s losing it. A dangerous shift is taking place. Forces greater than she’s ever known vye for control. What’s at stake? Lexi’s life as she knows it—and the life of her innocent little girl.

Read our interview with Erin.
Posted by TitleTrakk.com at 7:40 PM