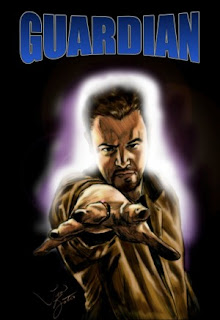 For those unfamiliar with the name Robin Parrish, he's the founder and editor-in-chief of Infuze Magazine.

From his bio: "One of his more "high concept" ideas for Infuze was to return to his love for storytelling and create a serialized tale that would play out every two weeks, telling a complete, compelling story over the course of nine months. That serialized story eventually came to the attention of several publishers, who saw it as a potential debut novel for Robin Parrish.

In 2005, Bethany House Publishers brought Robin full circle by contracting him for the rights to not only that first book -- but two sequels. A trilogy, to unfold in the consecutive summers of 2006, 2007, and 2008. One massive tale -- of which that first, original story would form only the foundational first volume of the three -- spread across three books."

The first novel in this series, Relentless, was an amazing work. (Read a review of the novel here. And a first chapter excerpt here.)

Now the second novel in the series, Fearless, is hitting shelves 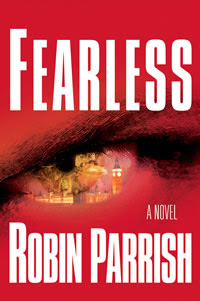 across the country (read the first chapter here).

But what happened to the characters in between Relentless and Fearless? Now you can find out. Guardian: The Comic Book written by Robin with art by Tim Bates has been unveiled exclusively online. This 4-part web-comic, starring Grant Borrows and his friends, and set during the gap between Relentless and Fearless, will debut a new mini-issue every other Wednesday. Collected together, these four issues will tell a complete story.

Visit Robin's website here so you won't miss any issues.
Posted by TitleTrakk.com at 8:02 AM