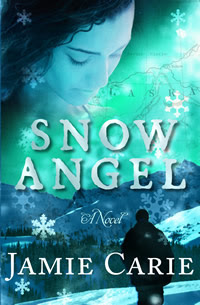 USABookNews.com, the premiere online magazine and review website for mainstream and independent publishing houses, announced the winners and finalists of THE NATIONAL “BEST BOOKS” 2007 AWARDS today. Over 500 winners and finalists were announced in over 140 categories covering print, audio books & courses, e-books and interactive CD-ROMs. Awards were presented for titles published in 2007 and late 2006. Snow Angel by Jamie Carie won in the Fiction & Literature: Religious Fiction category.

Carie’s novel has been receiving stellar reviews--including notice in Romantic Times Magazine and The Library Journal. Reltz Reviews out of Australia claims: “Snow Angel captured my imagination from beginning to end. It is an epic romance with fast paced intrigue and an emotional 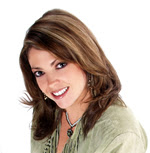 intensity rarely achieved. Jamie Carie's gifted characterization is of a caliber expected from a multi-published author not one writing her debut novel. Prepare to be swept away by this powerful tale of love and sacrifice and become a devoted reader of anything Jamie Carie pens in the future.”

Jamie Carie will be signing copies of her award winning book throughout the fall and winter. A complete calendar of book signings can be found at www.jamiecarie.com.

Jamie Carie, an Indiana native, is pleased her book has won a National Book Award. "It is so exciting to watch everything that is happening with Snow Angel. It’s like sending your child into the world and then feeling so proud by what they accomplish. I am honored to win in this category."