The Rook by Steven James 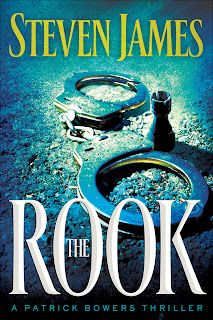 An arsonist has struck a top-secret research facility at a key US naval base. But it's not just a random terrorist attack. These people were after something specific. When Special Agent Patrick Bowers is called in to investigate, he is drawn into a deadly web of intrigue and deception. With his own criminology research being turned against him and one of the world's most deadly devices missing, Bowers is caught up in a race against time to stop an international assassin before it's too late.

Full of fast-paced action and mind-bending plot twists, The Rook is an adrenaline-laced page-turner that will keep readers up all night. Book 2 in the Bowers Files, this riveting look into the criminal mind is the perfect follow-up to James's well-reviewed The Pawn.

Read our review of The Pawn here.